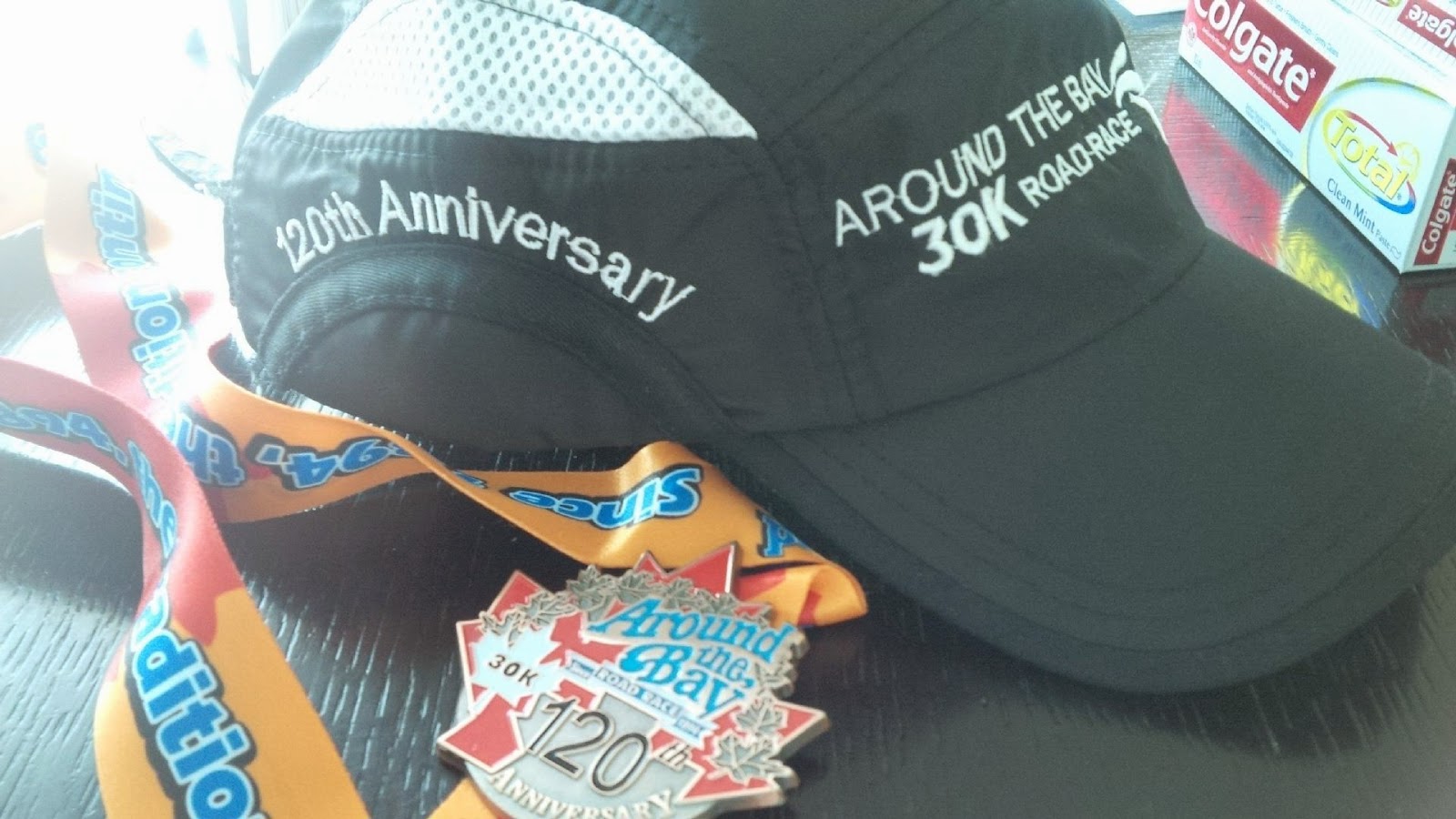 Around The Bay (ATB) in Hamilton, Ontario is the oldest race in North American.  Yes even older than the famous Boston Marathon by three years.  Its also a race that I've signed up many times to do but only ran it once due to injuries.  Even in 2011, I ran hurt.  Its an odd distance of 30 km but fits very nicely in between a half and full marathon.  Its also significantly harder than an additional 9 km on a half marathon but its a legendary race.

This year 2014 has been a tough year.  My father passed away on January 31st and its turned out to be a never ending winter.  The temperatures were way below normal but I did run for 45 minutes when it was -35 Celsius and ran for 1:50 when it was -25 C, two days after my father died (toughest run of my life).  Many of my long run pacing were all over the map due to extreme cold weather or crappy road/sidewalk conditions.  Only recently have the temperatures began to warm up, I've been able to speed up but overall I felt much slower than previous years.

Around The Bay is an awesome race and I wanted to test my body.  I never signed up and it sold out as usual but I managed to score a free bib from someone who could not run.  The wildcard was the weather.  It actually began to warm up and wasn't the usual -10 C.  Race day called for weather about zero degrees but with wicked gusts of winds.  That was supposed to drive the temperature below zero degrees at the start of the race.  I wasn't quite sure how to dress for this race.  I ended up over dressing as there were people racing in shirts and shorts.  I would pay for this mistake by the end of the race as it was quite sunny.

The start of the race was pretty uneventful but since I last raced it in 2011, they added corrals to help smooth the start of the race.  I was in Corral C (2:30-2:45 finishing time) as per the original bib owner and I was ok with that but I looked behind me and both the 2:45 and 2:50 pace bunny were in the corral behind me.  Doh.  I figured to run with the 2:50 pace bunny and then hammer it in the last four km but then the 2:45 pace bunny moved into the same corral was me and I thought I will just run with her.  Once the race started I kept her in sight but after two km, she took off.  I was running a 5:20 min\km but she pulled away and I never saw her for the rest of the race.  That said, I kept looking back and never saw the 2:50 pace bunny either.

Things went ok and I tried to maintain a 5:15 min\km pace and ran easy.  Since I've done this race before, I know the first 20 km are flat as a pancake and the only worry was the head wind.  However at the 20 km mark, the race enters the suburbs and starts to get hilly.  Nothing too painful but the rollers begin to take its toll.  I started to breath heavier, my heart rate began to climb and the pace began to slow down.  By the 25 km mark, the course veers down into a valley and at the 25.5 km mark, there is a massive 500 meter hill. The hill rises a nasty 7.6 percent.  In 2011 I swore I wouldn't walk the hill and this year I said the same but my pacing really slowed down.  At the top of the hill was the 26 km mark and it was all down hill from there.  My heart rate was getting close to the maximum.  I picked several people who were ahead of me to keep pace.  Most of them simply pulled away and I was running at a 5:12 min\km pace.  The Grim Reaper was high fiving everyone at the cemetery at the two km mark.  I tried to pick up the pace but had nothing left.  Running down York Street is one of the hardest finishes as even though its downhill, Copps Coliseum seems so far away.

I finished at 2:46:58, good enough to beat 2011's time by two minutes.  Overall I was happy with my time but there was no way I could have run another 12 km.  My nutrition strategy was pretty good as I popped a gel at 10 km, 19 km and 25 km.  I also ran with a water bottle with eLoad and refilled once.  A good training run.

After the race while staggering around in the underground of the stadium I ran into Doru.  I knew he was running and was in good shape.  He pulled off a smoking 2:14, good enough to get a silver medal (sub 2:15).  I'll see him again at Mont-Tremblant in August.

For the 5 km race, Mindy ran 18:59, good enough for second fastest female.  Well done!  And to think I beat her in the Scotia Half Marathon five years ago


Posted by My Boring Triathlon Blog at 2:05 AM 1 comment:

No, Seriously, I'm Having Car Trouble 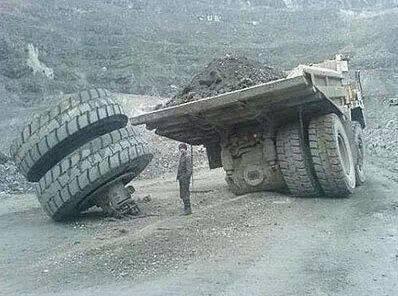 Posted by My Boring Triathlon Blog at 3:13 PM 1 comment: