Last Sunday, Jake's basketball team had the opportunity to hold a practice at the Air Canada Center (ACC), home of the Toronto Maple Leafs (NHL) and the Toronto Raptors (NBA).  The deal was to be able to practice from 11:30 am to 12:30 pm on the court and then return for the evening game at 6 pm against the Cleveland Cavaliers at for $59 per person.  We had missed this opportunity the last time and I didn't want to miss it again.  After-all, how many kids can say they practiced on a NBA court in a (empty) 19,000 seat stadium?

After practice, we went to lunch at a local popular chain restaurant near the ACC on Front St.  I've drank there before but never eaten at that location but eaten at other locations.  They serve typical bar food (wings, burgers etc).  My hamburger was well done and the kids' were shoe leather tough, obvious signs of reheating yesterday's leftovers.  We still had many hours to kill until game time so I decided to take them to the CN Tower.  The tallest free standing tower in the world at 553 meters (1,815 feet).  The tickets were $32 for an adult and $24 for children.  If I was smarter, I would have planned ahead and bought the tickets online.  Thankfully, Tammy is afraid of heights and opted to wait in the coffee shop at the base of the tower.

The ride up was fast and cool but the kids were nervous.  We got to the observation deck and looked around the city.  The kids were getting more nervous.  We went down the to next level where you could walk around outside. Obviously, it was fenced off but it was super windy.  I tried to lift the kids up so they could see over the concrete wall but the wind totally freaked them out and they all started to cry.  We went back inside but Jake started howling for Tammy.  We walked over to the glass floor where Jake and Rebecca were too scared to walk over it but Vanessa laid down on it with the ground only 1,800 feet below.  Finally Jake really started to cry so we lined up to catch the elevator down.  Total time in the CN Tower?  About 20 minutes.  Total cost? $120.  Awesome.  In hind sight, I should have taken them to my work's head office a couple of blocks away.  It has 72 floors, while not quite as tall, certainly a lot cheaper. 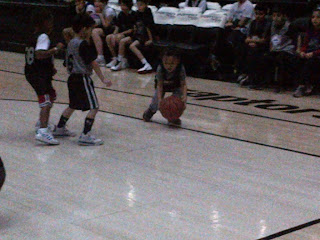 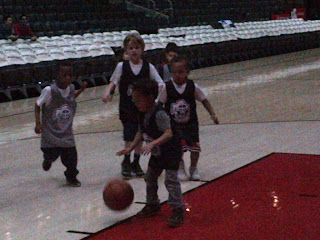 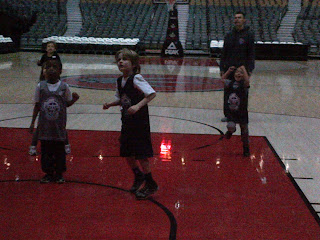 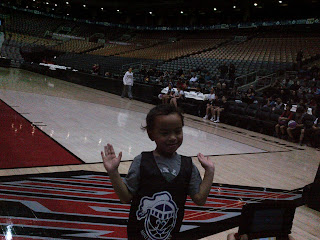 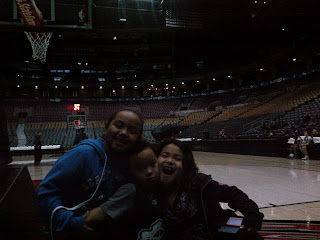 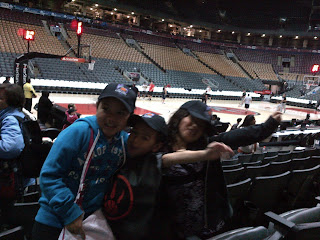 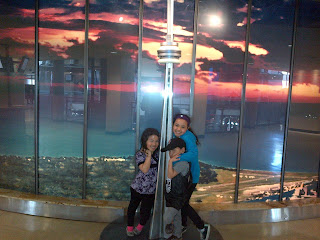 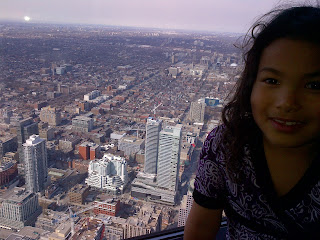 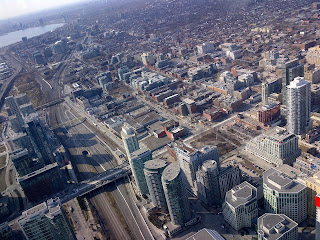 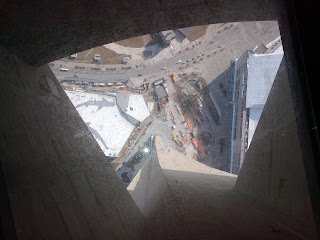 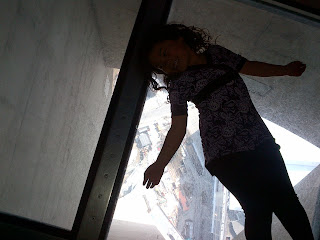 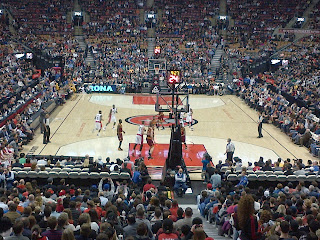 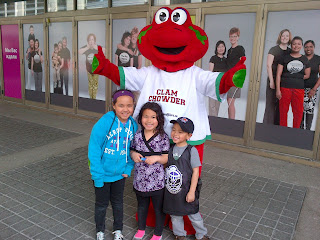 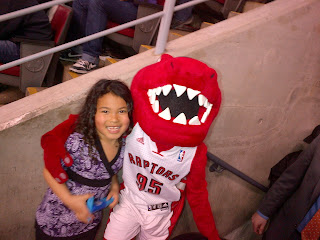 After the CN Tower, we wondered around the downtown core so more to kill time.  We ran into "Clam Chowder" and snapped a picture.  He wanted to email the picture to him but it was a "live.ca" address.  Yea, can you say pedofile?  We went over to McDonalds and had a lovely greasy meal (I had the chicken teriyaki salad).  By then, it was game time and we actually missed the start.  The seats we had were okay but almost directly behind the back board of the basket so it blocked some of the view.  The kids were excited and looking around but by the second quarter they already ate candy floss, popcorn and wanted more.  This was right after eating dinner at McDonalds.  I wanted a beer but Tammy hates driving downtown especially at night.  The Raptors were getting killed and playing horribly.  The kids were totally disinterested in the game and busy playing with the iPad and Nintendo DS.  Awesome.  I was dying for a beer and finally broke down and got one.  Tammy gave me a dirty look and informed she wasn't driving home.

The game became more interesting by the third quarter and by the fourth, they actually surged ahead.  The ACC was rocking by that time and was very loud.  Then Vanessa got her hand caught in the seat and it pinched the skin.  She freaked out and I took her to first aid.  They gave her a bag of ice and we went back to our seats.  She was still whimpering so I bought the kids Haagden-Dazs ice cream at $5.50 each.  Rebecca didn't want hers and Jake would only eat his if there was not chocolate covering it so Tammy ate the chocolate off.  Vanessa was the only one who ate it.  In the end, the Raptors went won and the kids got the traditional foam finger and a Raptor basketball.  It was a long day and thankfully I took off Monday.


Training wise, I'm riding and swimming but no running yet.  With the March break there was no swimming with the Masters so I swam on my own.  I swam 3,000 meters both Tuesday and Thursday but my shoulder was killing me.  I ended up getting a massage on Thursday.  I definitely have to restart the strength training.  I'll go to the doctor this week to check my leg and hopefully will get the all clear.

Also I finally got my trainer back from Cycleops.  If you remember, I sent it in for a free repair and originally they said they didn't need the receipt but then did say it was required.  I bought it from my ex-coach more than six years ago and wasn't going to go back to him for another copy.  I found an old receipt on an excel spreadsheet he sent me for coaching so I changed it except I couldn't remember which model I had.  I called the store and they said I had a Fluid trainer so I inputted that on the "receipt" and emailed it to the store who forwarded it to Cycleops.  They responded back that I had a Magneto trainer.  Doh!!    I called the store back to give them hell and they said just to resend the receipt with the correct description.  No problem.  Cycleops replaced my original trainer for free.  Sweet, except the Fluid is a much better trainer.


Posted by My Boring Triathlon Blog at 4:29 PM 1 comment:

I'm Breaking Up With You

Posted by My Boring Triathlon Blog at 6:21 PM 2 comments: 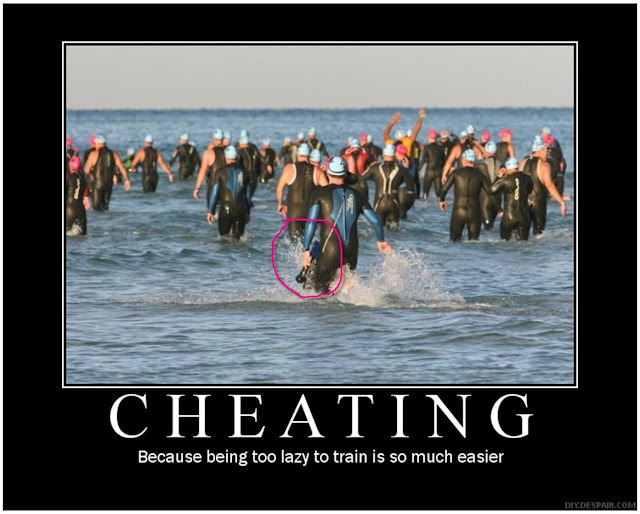 Posted by My Boring Triathlon Blog at 11:32 AM 3 comments: